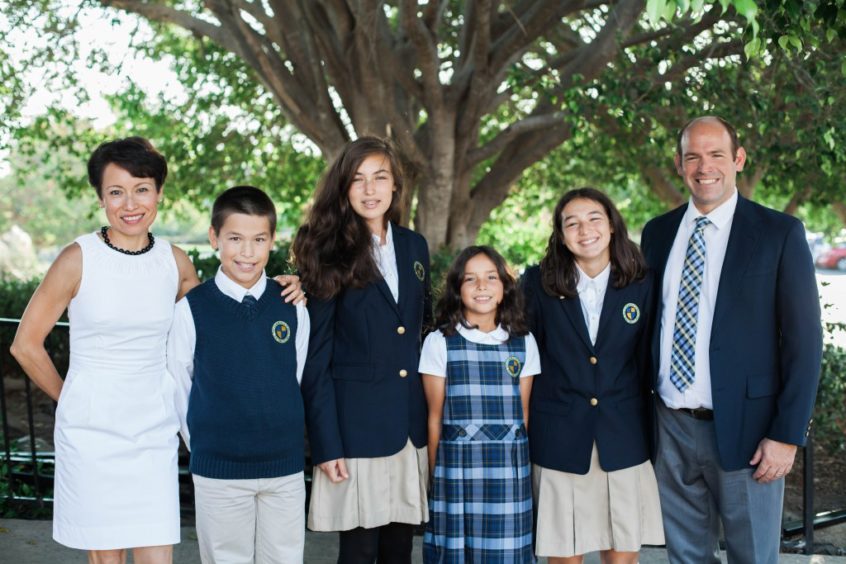 The Cambridge School is excited to welcome Stephen and Jenny Stortz and their four children to the community. Mr. Stortz is the new Math Department Chair, while Mrs. Stortz is taking on the roles of Upper School Assistant/Registrar and Spanish teacher for Upper School. Their children are in 3rd grade, 5th grade, 7th grade, and 9th grade at Cambridge this fall.

Both Mr. and Mrs. Stortz became interested in teaching after finishing their liberal arts education at Swarthmore College in Pennsylvania, which is where the two met. Mrs. Stortz had changed her major from pre-med to Spanish literature, and Mr. Stortz, who was a math and linguistics major, helped her through a challenging linguistics course. 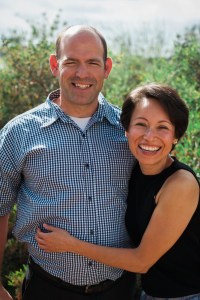 They got married shortly after Mrs. Stortz graduated, and then they drove across the country to California so that she could take a position at the Monterey Institute of International Studies. When they arrived, however, they couldn’t find a place to live because of a huge housing crunch. They soon realized that this was not where they were supposed to be.

“It was my plan to go to grad school there,” Mrs. Stortz said, “and it was obvious from all those trials that it wasn’t God’s plan for us to be there.”

After this failed attempt at moving to California, the Stortz’ said they would never come back to the state.

They drove back to the East Coast and Mrs. Stortz completed her MA in Spanish Literature from Penn State University. Mr. Stortz worked as a math teacher at a middle school and then as a math teacher and department chair at a private high school. After working as a high school Spanish teacher, Mrs. Stortz left that position to classically homeschool their four children.

After working exclusively in secular schools, the family felt a calling to Christian education and started looking for positions at classical Christian schools.

“It was time to go back, come back to California, but this time on His terms, not ours,” Mrs. Stortz said. 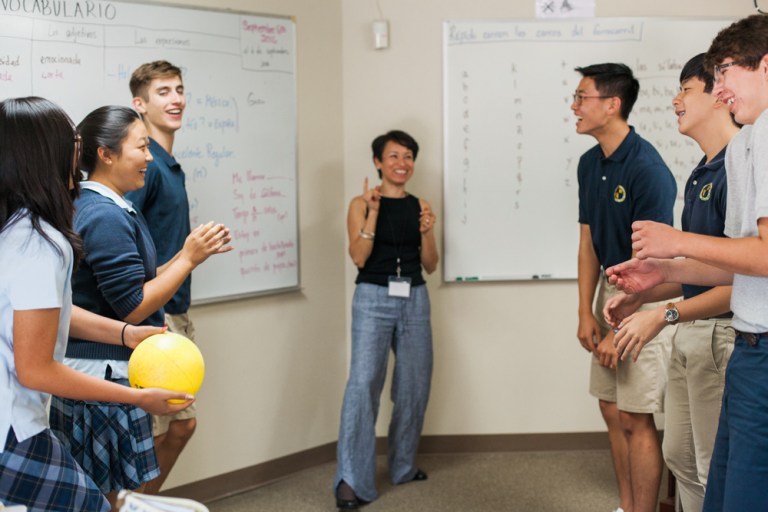 Since all their family is on the East Coast, they looked primarily for schools in that area. But then they saw an advertisement for The Cambridge School that listed job descriptions for a math department chair and a registrar. Mrs. Stortz said “they could’ve just put our names there” because the descriptions sounded just like them.

They hesitated because the school was in California. But they still decided to put in their applications and see what would happen. Shortly after, they got a phone call from the Upper School Principal, Russ Kapusinski, who expressed that they seemed to be a good fit.

“There came a point where we couldn’t say no anymore,” Mrs. Stortz said. “It was quite clear that this is where (God) wanted us.”

Looking Forward to the New Year

Entering the year as the Math Department Chair, Mr. Stortz plans to introduce storytelling into his math classes and will provide oversight to all the mathematics classes in the school.

“Math is one long interesting story, and a historical story, which can sometimes be overlooked when you’re just teaching formulas and techniques and theorems,” he said.

He also wants to help students see the beauty in math.

“I’ve never seen someone get so excited about math and the beauty of math like Steve,” Mrs. Stortz said. “He helps people like me who don’t like numbers to see that this really is a neat subject.”

The whole family is looking forward to the beginning of their journey at Cambridge.

“We’re both very excited about being able to contribute to the school and to do God’s work here and help the school to grow and to see a graduating class next year,” Mrs. Stortz said. “To come somewhere like Cambridge where everyone is on a mission, they’re not here just to teach because teaching is a job, they’re here because it’s their calling and where everyone is working towards that goal to glorify God and honor Him, that’s really pretty cool.”