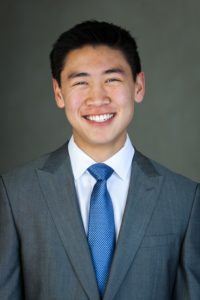 Joshua remarked, “I’m truly honored to have been named a Coolidge Scholar.  It was a difficult and nerve-racking experience, but one that was well-worth it. I’m thankful for my parents, my teachers, my peers and the intellectually and morally formative nature of my classical education, specifically my Logic and Rhetoric classes which have prepared me well for an opportunity like this.”

The Cambridge School’s distinctive way of educating students forms them to think well and live humbly and wisely in service of others. Cambridge is pleased that these virtues align with the Coolidge Scholars criteria of hard work in academics, humility, service, and leadership. The Cambridge School is honored to have one of their students receive such a significant and competitive scholarship that recognizes and rewards both character and academic achievement. For a school that has yet to graduate a single senior (the first class will graduate in 2018), this serves as a great encouragement to the entire Cambridge School community and as an affirmation that this young and growing school is fulfilling its mission and vision. For more information about the Coolidge scholarship visit coolidgescholars.org.