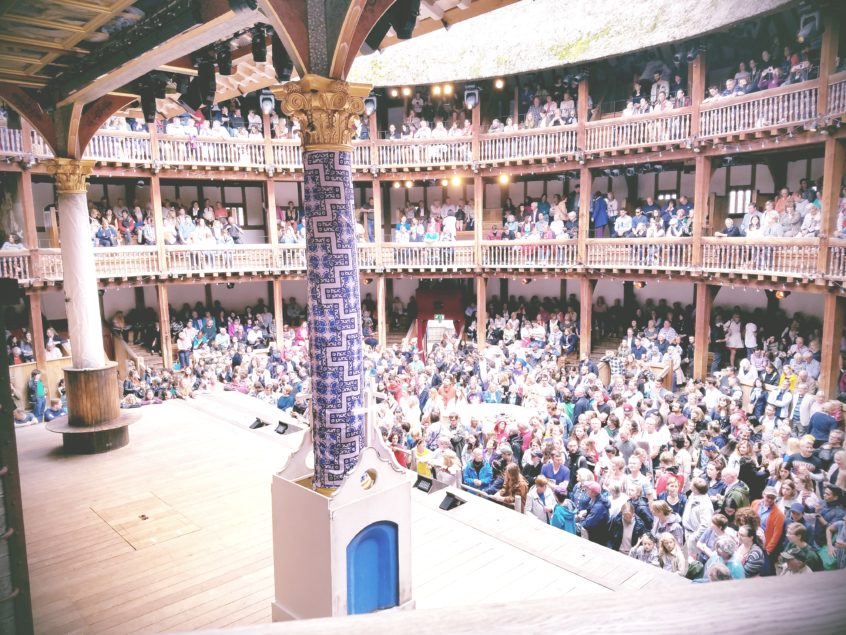 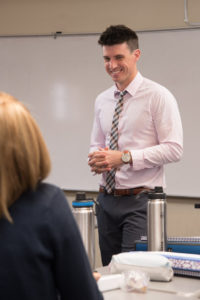 I once saw a bumper sticker that read, “The best part of being a teacher is June, July and August.” While I am sure the Cambridge faculty enjoy their summer months off, I am also positive that their motivation to teach is rooted in a love of their students, a love for the act of teaching and a love for the lifelong process of deepening their knowledge and sharpening their skills. For Cambridge faculty, it’s more than a 10-month contract, it’s a living curriculum.

A great example of this is Mr. DJ Goodwiler. Mr. Goodwiler is the Upper School Humanities Department Chair and teaches 7th-8th Grade Logic, 9th-11th Grade Rhetoric, 11th-12th Grade Literature, and 12th Grade Ethics. Recently he was selected to be one of the presenters at the Twenty-First Biennial International Society for the History of Rhetoric at Queen Mary, University of London. Last month, I had a brief opportunity to sit down and ask him about it.

DG It was. This past July I had an opportunity to attend the Twenty-First Biennial International Society for the History of Rhetoric at Queen Mary, University of London.

MC Was there a conference theme?

DG The unifying theme for the conference was The Spaces of Rhetoric.

MC What aspects of the conference directly applied to your work at The Cambridge School?

DG I was able to attend a diverse array of presentations from the role the changing lyceum played in Aristotle’s composition of On Rhetoric (a work the 10th grade Rhetoric students read) to Kenneth Burke’s rhetorical insights into the traversal of the Museum of Modern Art (a scholar and practice discussed at length in our 11th grade Contemporary Rhetorics class).

MC In addition to being a participant, I also heard that you presented a paper. Is that true?

DG I was able to present my own inchoate work on John Calvin’s preface to King Francis I which precedes his Institutes of the Christian Religion.

DG I was interested in Calvin as a Renaissance humanist doing some impressive rhetorical work – addressing a defense of Protestantism to a Roman Catholic king responsible for exiling and persecuting French Protestants (Calvin himself writes this letter in exile). Calvin’s familiarity with and affinity for Seneca’s De Clementia informs his own parallel call for clemency from a king who seems to have overstepped his legitimate authority and turned bestial toward his subjects.

DG All told, the conference was a delightful time of intellectual stimulation and refreshment. It didn’t hurt that I also ate well (give me a Full English Breakfast or a traditional Sunday Roast anytime!), enjoyed an excellent performance of Shakespeare’s Much Ado About Nothing at the Globe, and thoroughly relished the gray (or grey) skies and occasional showers that set London in sharp relief to summers in San Diego.

MC Are you ready for a new school year?

DG For as much fun as I had, I’m happy to be back in California. I’m excited to return to classes with new rhetorical insights to discuss alongside the students – and try as it might, fish and chips has nothing on a San Diego fish taco.